African-American trail marker to be unveiled in Springfield, Missouri

(From the City of Springfield, Missouri)

The ceremony will take place near Gibson Chapel Presbyterian Church, 536 E. Tampa, and will commemorate the southern area of a “church square” that includes two historically African-American churches.

The southern area of the square includes Gibson Chapel, located on corner of Tampa and Washington Ave., was formed as the First Negro Cumberland Presbyterian Church in 1865 by a freed slave named Reverend Peter Lair (later spelled Lear) with aid from a white minister. The frame building was constructed on the south side of the Jordan River (Jordan Creek) at the foot of Washington Avenue.

In 1891, a new brick church was built on the corner of Washington Avenue and Pine (now 536 E. Tampa Street). The church was renamed Gibson Chapel after the death of Reverend H. A. Gibson, who worked tirelessly to get the new structure erected.

A bipartisan and bicameral coalition of Members of Congress called for All-Star baseball player Curt Flood’s induction into the National Baseball Hall of Fame.

Led by Representative David Trone (D-MD), Senator Roy Blunt (R-MO), and Reps. William Lacy Clay (D-MO) and Ann Wagner (R-MO), the Members announced that they will send a letter to the Chair of the Board of the National Baseball Hall of Fame urging the induction of Curt Flood. The letter currently has more than 100 signatures.

Also in attendance at the event:

“Retired and current players owe a debt of gratitude to Curt Flood,” said Rep. Ann Wagner (R-MO). “His legacy as a Cardinals player, advocate, and leader for the sport is still being felt today, and it is clear he has earned his spot in the Hall of Fame. I am proud to join with Curt’s widow, Judy, and my colleagues Senator Blunt, Congressman Clay and Congressman Trone in honoring a great American ballplayer and urging the Golden Era Committee to nominate and induct Curt Flood into the Hall of Fame. The three-time All-Star and seven-time Gold Glove winner amazed a generation of Cardinals fans with his talent and athleticism, while also changing the way the game was played and how the players were treated. I hope our effort today will allow him to join other Cardinal greats who have made their mark on America’s pastime.”

“Curt Flood changed the game of baseball when he courageously spoke truth to power in the name of what was right,” said Rep. David Trone (D-MD), who organized the efforts behind the Congressional letter. “Flood sacrificed his own career so players after him could have free agency, leaving one of the biggest impacts on the game to this day. It’s about time we all come together to recognize these distinctly American actions and induct Curt Flood into the Hall of Fame.”


“A copy of the letter Curt Flood wrote in 1969 is in the National Baseball Hall of Fame and he should be there too,” said Senator Roy Blunt (R-MO). “As a lifelong Cardinals fan, I have always admired the talent he brought to the game and his bravery off the field. He deserves to be honored with his rightful place alongside America’s greatest baseball players.”

“Curt Flood’s courage struck a giant blow for freedom when he stood up to the Reserve Clause and demanded to be treated like a man, instead of a piece of property,” said Rep. Wm. Lacy clay (D-MO). “He was a brilliant center fielder, a perennial All-Star, a two-time World Series Champion…but more than that, he was a symbol of courage who stood up against injustice and changed the game forever. He deserves to be in the Hall of Fame.”

“Curt Flood’s historic challenge of the reserve clause a half century ago transcended baseball,” said the Players Associations in a joint statement. “He courageously sacrificed his career to take a stand for the rights of all players in professional sports, bringing the issue of free agency to the forefront of national discussion. His accomplishments on the field and off warrant induction into the National Baseball Hall of Fame.”
Posted by Randy at 5:05 PM No comments:

Despite suffering from Stage 4 pancreatic cancer, Rep. John Lewis, D-Georgia, returned to Selma, Alabama to observe the 55th anniversary of the voting rights march that resulted in his being brutally beaten.

"I thought I was going to die on this bridge" Lewis said. "But somehow, some way, God Almighty kept me here.

"We cannot give up now. We cannot give in. We must keep the faith. Keep our eyes on the prize and vote like we've never ever voted before."

Sen. Moran on Brown v. Board of Education anniversary: I ask every American to commit to racial justice and equal opportunity

On Friday, we recognized the 65th anniversary of the Supreme Court’s landmark decision in Brown v. Topeka Board of Education that started the legal process of integrating schools across the nation. On this critical day in American history, we remember the legacy left behind by Linda Brown, her parents, and the 13 Kansans whose courage and persistence shifted our nation toward equality.

Honoring this legacy requires all Americans to uphold the self-evident truth that all people are created equal. Let us remember Brown v. Topeka Board of Education, and in doing so, I ask every American to commit to racial justice and equal opportunity.

I also joined the Kansas delegation in introducing a resolution recognizing the 65th anniversary of the Supreme Court’s decision and its importance to Kansas and our country. Following this introduction, I took to the Senate floor to honor these Kansans and their historic contributions to racial justice and equality. To watch these remarks, click here.

In 2004, on the 50th anniversary of this landmark decision, I welcomed President George W. Bush to Topeka to participate in events recognizing this day and the celebrating the grand opening of the Brown v. Board of Education National Historic Site. During his remarks, President Bush said the following: "America has yet to reach the high calling of its own ideals. Yet we're a nation that strives to do right. And we honor those who expose our failures, correct our course, and make us a better people. On this day, in this place, we remember with gratitude the good souls who saw a great wrong, and stood their ground, and won their case. And we celebrate a milestone in the history of our glorious nation." 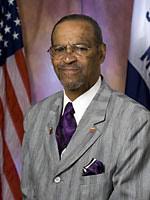 (From the City of Springfield, Missouri)

“We felt it was fitting to name this particular meeting space after former Councilman Whayne because it’s where we have our weekly council workshops and council committee meetings and frequent community-wide collaborations occur,” said Mayor Ken McClure. “In the many years I have known Denny, he has always been about bringing communities of people together.”

Whayne was the first African-American elected to City Council since the Council/Manager form of government was adopted in 1953 and served as the Zone 1 representative for two consecutive four-year terms. First elected in 2001, Whayne served until 2009 and was a member of the Finance, Plans and Policies, Administration and Public Involvement committees.


“My time on council was one of the best experiences of my entire life,” Whayne has said. “My mindset on council was to try to move the city of Springfield forward.”

Whayne, who grew up in Springfield, joined the NAACP at 11, later participating in the Freedom Rides of 1961. He continued his civil rights work in Tulsa, where racial tensions were high in the late 1960s. He moved back to Springfield in 1972 and served as president of the Springfield chapter of the NAACP from 1980 until 1988. He worked for the City’s Finance department from 1975 until 1985. 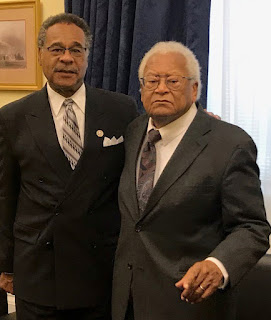 This week, I had the privilege, along with my colleagues, of introducing legislation to honor a man who helped changed history.


Reverend James Lawson is one of the most consequential Civil Rights leaders in American history.
I along with, Congressmen Ro Khanna, John Lewis, and James Clyburn, introduced legislation to award the Congressional Gold Medal to the civil rights icon.

Rev. James Lawson was well known for his non-violent stance which influenced the direction of the Southern Christian Leadership Conference. His fingerprints can be found on every major civil rights victory.

Among his many feats, he trained young protesters and activists and launched the Nashville, Tennessee sit-ins to challenge segregation in downtown stores. He also helped develop the strategy for the Freedom Riders who rode buses in southern states to challenge segregated seating on public buses.


When you look back at the historic videos and see the protesters withstand food thrown in their faces and the vile name-calling, it is hard to watch. But those determined protesters never lifted a hand in anger. Even when they were punched, kicked and pushed their silence and unwavering stand was their way of fighting back.

This was the teaching of Rev. Lawson who spent three years in India as a missionary and studied Mahatma Gandhi’s strategy of nonviolent struggle before returning to the United States.

He became a leader in the Civil Rights movement and worked closely with Dr. Martin Luther King Jr. to achieve equality through peaceful activism. Dr. King called Lawson the “leading theorist and strategist of nonviolence in the world.”

This year, Rev. Lawson will be celebrating his 90th birthday. I can’t think of anyone more deserving of the distinguished Gold Medal.
Posted by Randy at 5:56 PM No comments: 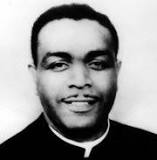 Central High School, Drury University and the Springfield Branch of the NAACP will celebrate a civil rights pioneer at a special public event dedicated to the commemorating the life of Rev. Oliver Brown. Brown was a civil rights leader and local pastor who was the namesake of the landmark 1954 U.S. Supreme Court decision ending legal racial segregation in American schools.

“We’re excited to partner with Drury University and the Springfield NAACP to celebrate and honor this hero,” says Marty Moore, executive director of learning support and partnerships. “This event will celebrate the life of a man who was an advocate for equity and access to public education for all. We honor his memory today by continuing to commit to removing barriers with our words and our work.”

Hosted by Drury University, “Celebrating the Legacy: Commemorating the 100th Birthday of Rev. Oliver Brown” will take place from 4 to 6 p.m. Sunday, Aug. 19. The event will begin in the Central High School atrium, featuring a series of speakers, including one of Brown’s daughters, Cheryl Brown Henderson. Brown Henderson is the founding president of the Brown Foundation for Educational Equity, Excellence and Research, which works to preserve the legacy of the Brown decision.

About the events, Cheryl Brown Henderson says, “I am honored by this opportunity to represent my family as well as the attorneys, community activists and several hundred plaintiffs in the five cases consolidated by the U.S. Supreme Court under the heading of Brown v. Board of Education. This is an opportunity to recognize the courage of ordinary people who would not be denied their constitutional rights. Their efforts profoundly impacted the lives of every citizen and influenced human rights struggles around the world.”

Following the program at CHS, the event will move one block south to Benton Avenue African Methodist Episcopal (A.M.E.) Church, where Brown was pastor from 1959 until his death in 1961. After its final services in 2013, Drury University purchased the church in 2014. Drury intends to eventually honor Rev. Brown through re-use of the building as an academic and teaching space.
Posted by Randy at 4:33 PM No comments:

We are a participant in the Amazon Services LLC Associates Program, an affiliate advertising program designed to provide a means for us to earn fees by linking to Amazon.com and affiliated sites.”